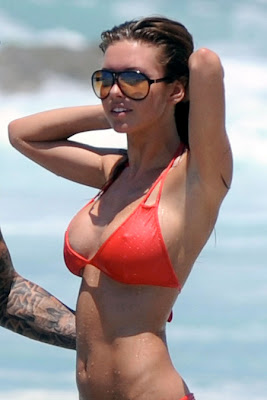 I can’t be friends with MC Hammer anymore. I just can’t do it. He’s driving me nuts.

Hammer is my friend on Facebook. We did some work together a couple years back so naturally we linked up online. It was fucking cool at first…as you can imagine. I got to comment on his photos, read about his daily happenings and more importantly tell everyone I knew that I am friends with MC Hammer.

But I’ve had enough. Hammer has gone off the deep end. Let me explain.

You know that annoying friend on Facebook who updates her status with the lamest shit possible like “Nicole saw a movie.” There’s no explanation, no thoughts on the subject matter, just a statement. And you know that friend on Facebook who updates his status every time the fucking wind blows like “Ken is making lunch.” Then five minutes later, “Ken is eating lunch.” Then five minutes later “Ken just crapped out his lunch.” And of course you all know that one friend on Facebook who writes things so illegible and ghetto that you have to just gloss over what they say like “Dis dat shit ahm off the hiz hiz, ya heard?” And we are all friends with someone on Facebook that really doesn’t understand the technology but thinks they do. Like your crazy Aunt who writes a personal message to a friend in her status update not realizing everyone can see it like “Maggie, you are a strong person and you can get through this. I’m sure that ointment will clear things right up. You’re my boobie. Love Aunt Susan.”

Well, mix them all together and you have Hammer. Yes. I’m sorry to report that Hammer is a delusional, self-centered, often times repetitive old man with no real idea how it all works. Brutal words from a friend huh? But it takes a real friend to tell the truth.

I debated whether or not to post some of his status updates on here but I just can’t bring myself to do it. They’re a mangled mess of Tweets, Retweets, pretend holiday announcements (Today is DJ Awareness Day and Friday was Woman Appreciation Day, FYI) and links to pictures of his kids. It’s a mess. And I’ve had enough.

So Hammer, if you’re reading this, I appreciated your friendship. I enjoyed our time working together. I especially enjoyed that one time you showed me a live performance you did recently in NYC and then decided to rap along with the video when 2 Legit came along. Let me just say that deep down 12-year-old Magglio was doing the hand movements along with you.

Now don’t get all broken up over this Hammer, you have 2,494 other Facebook friends. Sure, you just lost the most handsome one but at least now you won’t have to keep reading my Matt Cain status updates. 9 and 1 motherfucker!!!!

Email ThisBlogThis!Share to TwitterShare to FacebookShare to Pinterest
Labels: when i hear my name sugar i like to disappear

You are too funny. Did you watch Hammer's show last night? I've heard it's as exciting as his status updates.

P.S. As soon as I saw that there were Audrina Patridge bikini shots out today I just KNEW they would appear on A & M.

I took the garbage out after dinner.
Hammer

The photos at the top of the posts are finally once again becoming tasteful yet elegant. I missed them.