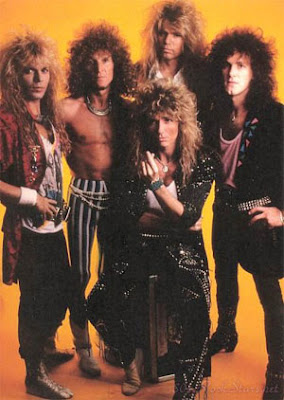 When you think about it, in the history of the world, could anyone go down on a bitch like Mr. Miyagi? Sand the floor, paint the fence, wax on, the guy must’ve destroyed pussy! It’d be like a fat girl at a no-hands pie-eating contest, except with a lot more kung fu and philosophical eyebrow raises. That’s why that bitch in Karate Kid 2 hadn’t married anyone and just sat all day in her garden – once you’ve had Miyagi trim your bonsai it’s all over.


New rule: when your plane is delayed by more than an hour, the cunt at the desk with the Whitesnake mullet isn’t allowed to say “and if everyone can quickly stow their bags and take their seats, we’ll be on our way as soon as we can.” This is like a fat girl at a no-hands pie-eating contest standing up after the whistle and telling everyone that if they made better pies she would’ve won. You just had 15 free pies, bitch! Fuck you, Whitesnake fucking cunt!


Here’s my thought on people getting killed during autoerotic asphyxiation and then having the death ruled “accidental” and not “suicide”: if you wear a t-shirt to a party that says “I’m going to fuck the sluttiest bitch I can find and I’m going to get herpes” and then you fuck the sluttiest bitch you can find and get herpes, that’s suicide, friends. Putting a rope around your neck and jerking off is kind of like sneaking up behind a fat girl during a no-hands pie eating contest and seeing if you can stick a finger in her butt – yes, of course it’s fun, but if the rope doesn’t work as it should, you’re fucked.

(Side note: doesn’t Herpes sound like a city the Romans took over in 300 B.C.? I think Caesar captured Germania shortly after he got Herpes, right?)


Let me decode Donald Trump’s statement about firing Miss California for not “fulfilling her duties to the pageant”: she sucks dick the way Comcast provides customer service: you’re looking at the clock the whole time praying for it to be over and when it’s finally done you’re flooded by a desire to bomb India. If you think this is about her gay rights comment you’re fucking retarded. This is about Donald’s little hairy Trumps and the lack of servitude she showed them. This is kind of like backing a fat girl in a no-hands pie-eating contest only to see her get beaten by a 112lb Korean man. Put your heart into the nuts / pies or go the fuck home.


I hate the new Eddie Murphy movie “Imagine That” so much I want to scream. I know I say this every time he queefs out another cunt shit movie, but what the hell happened to this guy? He was the coolest guy on the entire planet from 1983-1988 (Raw, Delirious, Beverly Hills Cop I & II, Coming to America, SNL) and now all he does is pump out generic, mind numbingly stupid kids movies? What the fuck? This is kind of like a fat girl winning 15 no-hands pie-eating contests in a row and then dropping 125 and becoming a spokesperson for CarrotGoosh (it’s the carrot you shove up your Goosh!). Fuck that fat bitch, fuck Eddie Murphy and fuck CarrotGoosh. I'm out.

This is the best post I've read this year. You crushed it.

Remember when we thought Bowfinger was going to be the greatest comic pairing of all time? We were very stoned and it still wasn't funny. However we did determine that I was a Twizzler kind of guy at that movie so all was not lost.