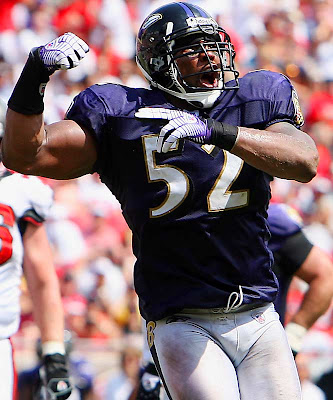 For the first and only time this season Magglio’s San Francisco 40 oz (3-3) and Jericho’s Seattle Smokers (2-4) will meet in a pivotal week 7 match-up of their fantasy football league. We previewed their teams here. Let’s take a look at an unbiased preview of this weekend’s match-up.

Comment:
In an interesting twist of fate Magglio convinced Jericho to drop Schaub earlier this season in favor of Matt Cassel. He then quickly picked up Schaub and has started him during his recent hot streak. Never underestimate the conniving nature of Magglio when it comes to Fantasy Football. Jericho clearly had the advantage here with Romo but will have to roll the dice as Romo is home with his pinkie swelling inside Jessica Simpson’s honey hole.

Comment:
Yes, Magglio starts Rudi Johnson, but just this week. You see, the 40 oz only carry 2 running backs, LT and Maurice Jones-Drew, and with MJD on a bye week one thing lead to another and boom! Rudi Johnson is back in football. The Smokers just engineered a trade to get Thomas Jones into the mix (giving up Adrian Peterson and Houshmanzadeh and getting Jones, Randy Moss and Vincent Jackson in return). Jones was known in college as “slippery buns Jonesy” for his affinity with being gang raped in the shower after practices by the o-line.

Comment:
Two of the best tight ends in the game, two of the most red necked white guys in the game (o-lineman aside), and two of the rosiest cheeks this side of Sweden. I think it’s called rosacea. Regardless it’s just lovely.

Comment:
Jason Elam be damned, Matt Prater is the new king of the kickers. Mason Crosby was voted “best buns in 501s” in his 7th grade glass. It’s the last time anyone gave two shits about him or his candy ass.

Comments:
Truth be told, Jericho gave Magglio the idea to pick up the Ravens D after the first week. Magglio continues to thank Jericho endlessly for this tip. Now he hopes to return the favor Ray Ray style. By getting all of his friends to surround Jericho and kick the living shit out of him. (Ouch, that was terrible. My apologies.)

Email ThisBlogThis!Share to TwitterShare to FacebookShare to Pinterest
Labels: hit em in the mouf