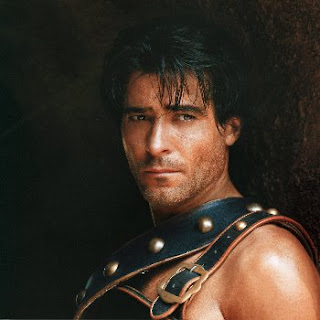 Humor me for a minute as I regale you with a mythical story.

A long, long time ago in the hills of Sardania, there was a handsome, virile, vigorous young man named Yarlo Choilrej. Yarlo had recently matured into manhood and was quickly proving to be the most trusted, the most feared and the bravest warrior in his village and arguably the entire country. Like all young men of this time, Yarlo yearned for a life of adventure, an opportunity to prove his mettle to the Gods, the prospect of dying nobly, or better yet, retiring to a life of fortune amid the esteem of his people and the vaginal admiration worthy of such a hero.

Unfortunately for Yarlo, there were no great wars, no skirmishes, no battles to prove his worth. There were contests and competitions - which he won so repeatedly and so handily that men stopped entering – but he knew, as did the people around him, that legends are not made from these pursuits. Yarlo prayed incessantly for the chance to distinguish himself amongst the legends and heroes that had come before him; for it can be said that never having an opportunity is even worse than dying dishonorably.

He had everything except his great victory. He had bested his peers, his legend was known as far as a man could walk, but he had never tasted the blood of a worthy enemy. He was handsome, athletic, gifted at strategy; women panted at his entrance, man bowed at his exit, but yet, there was no title, no trophy and nothing to signify his otherworldly greatness other than the whispers of children and the empty platitudes of sycophantic men.

What does this story ultimately mean? Nothing. Absolutely fucking nothing. But it’s the only thing that calms me down when I think about how fucking awful I am at fantasy football.
Posted by Casey Lewis at 6:06 PM

i feel your pain, man. last week I scored a buck thirteen and got a goddam TIE. I'm fecking 2-5-1.