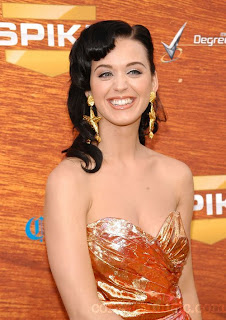 A few questions for a Wednesday:


- Pound for pound, is there anyone funnier on SNL than Andy Samberg? I love the way they are using him on the show this year – he started to get a little played out last year, was in too many skits and lost a little zing. In retrospect, he’s just not an every skit type of performer – some people are – Kristen Wiig, Amy Poehler, Will Ferrell, Phil Hartman – they’re / were in every skit and they should be. Samberg is more of a Sandler-type, he’s at his best when he takes you by surprise. Honestly, this skit (helped greatly by my aforementioned amazement of Wahlberg’s career) is the funniest thing on SNL this year that doesn’t involve Tina Fey.


- Can someone please help me figure out which one is Diane Lane and which one is Richard Gere in this picture? I honestly can't tell.

(Side note about Richard Gere – you kind of have to respect his “I don’t care if I look like a tremendous pussy, I’m rich, I’m about to get richer and I’m making this fucking move!” approach to his career. There’s a dude in my building that refuses to wash his hands in the bathroom. I’ve literally seen him come out of stall, fix his hair and walk out. He obviously sees me looking at him but doesn’t give a fuck, he just struts out and swings the door open like he’s John fucking Wayne. If anything, you have to respect the audacity of that move. Gere’s career is a perfect mirror to this, right down to his poopy hands.)


- Can I get an official ruling on Katy Perry please (pic at top): smoking hot or brutally ugly?

(Side note, I’m so sick of pop stars putting us through this agonizing uncertainty. We struggled with Fergie for 3 years finally pronouncing her smoking hot more out of exhaustion than any sense of revelation – looks like we’re entering a similar quandary with Katy Perry and Katy Perry’s enormous cantaloupes. Can someone just please make a ruling so we can all get on with our lives?)


- Wait, wait, wait, is Nick Nolte really blaming his printer for the fire in his house? What the fuck? Look at this picture - I mean, when you look like you drink Drano and molest turtles can you really blame anything for anything? When Nick Nolte’s house burns down, not only do I believe the fire, I sympathize with it b/c it had to touch his stuff. Nick Nolte could be involved in the most improbable accident of all time – like opening a bag of Cheetos and having a tiger jump out of the bag and kill him – and it would be his fault somehow.
Posted by Casey Lewis at 1:45 PM

If I ever met Katy Perry in person, I would punch her and take her circus money.

Anyone would put it to her. But is she attractive is the question.