A few football thoughts before we go celebrate 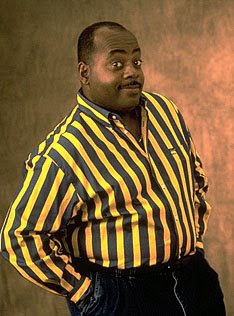 Titans being 8-0
Magglio alluded to this earlier and I’m willing to listen to counter arguments on this one, but the Titans do not look like a team that can make a deep playoff run to me. They run and stop the run, key ingredients to winning a Bowl, but at some point Kerry Collins is going to have to make a play to win and I don’t think he does it. I watched the entire Titans / Packers game on Sunday and was struck by three things: 1) Albert Haynesworth is the scariest guy on the entire planet. I would rather blow Kimbo Slice, bite his tip off, spit it in his face and say “let’s see what you got, pussy cookie!” then fuck with Haynesworth. Did you see when he dropped back into coverage and batted a ball down!? Holy fucking shit. 2) Chris Johnson is the real fucking deal – he’ll be a good player for a long time. 3) Collins has the slowest, largest windup of any QB I’ve ever seen (sorry, Byron, you’ve been bumped to #2) and if a team can put pressure on him, which hasn’t happened yet all season, Collins will crap himself like he always fucking does. I did a little research on this; do you realize that the Titans have only played one team that ranks in the top 10 in sacks (Minnesota at #8)? In fact, of the 8 teams they’ve beaten, 6 rank dead last in sacks (KC = 32, Cincy = 31, Jax = 30, Indy = 29, Hou = 28, GB, 27)? Can you smell what I’m cooking here? There a good football team no doubt, and they have one of the best coaches in the league, but Kerry Collins and Kerry Collin’s vagina is the elephant’s vagina in the room here. Watch them meet up with someone like the Steelers in the playoffs and watch Collins put the diarrhea in diarrhea sandwich.

Browns going to Quinn
It never ceases to amaze how dumb the people who run NFL teams can be; this week’s dumb shit fucking ass move is the Browns giving Quinn his first start during a short week (the Browns play the Broncos on Thursday night). Look, I’m completely fine with starting Quinn, let’s see what you’ve got here, but why not wait until next week and give him extra practice / prep before he makes his debut. He hasn’t worked with the 1st team offense since the preseason and now they are giving him one practice before sending him out? That’s completely fucking moronic. You know the old adage about how the best thing for a young QB is a running game? That’s true of course, but even more important for a young QB: confidence. If you don’t think Quinn’s confidence is down after sliding to #21 and then watching Anderson light it up last year then you’re dumb enough to think starting him this week is a good idea. Young QBs are like virgins on prom night. You want to fuck them and they want to fuck you, but you gotta lube it up!

Romeo Crennel
In related Browns news, when a coach holds a press conference to announce that the backup is starting the next game and then spends 20 minutes reaffirming the fact that this was his decision and not the fans, there’s a 10000000000% chance he’s getting fired in the offseason. No big deal though. Now that Crennel has crossed “head coach of an NFL team” off his bucket list, he can move on to the next item: playing Reginald VelJohnson in a TV movie about all the drama behind the scenes during the making of Family Matters. You see he invested his entire Browns Salary in a run of “WWRVJD?” bracelets, and goddamn it those things are gonna sell! (P.S. #3 and #4 on his bucket list: 3 = see penis. 4 = hit penis against thigh while playing show tunes on the kazoo and go on the road and cheer up sick children under the name “Slap Happy.”)


The Horror! The Horror!
This is just not my year for football, the combined record of the teams I love (Seahawks, Huskies) and team I hate with a passion but am forced to follow b/c I’ve got nothing else to do (Niners, Raiders and my fantasy team) is a putrid 9-32. 9-32! The best of the worst is my barely breathing 4-5 fantasy team – and I start Pennington and Kevin Faulk for goddamn fuck’s sake! Having a 4-5 fantasy team with Pennington and Faulk as the one saving grace of your football season is akin to having a masturbating homeless guy as the one perk to living in your neighborhood. Sure, the place is moldy, the rent is too high and there’s been six break-ins in the last month, but ‘ol Willy Wanker and the Spanklate Factory, he really makes up for it!
Posted by Casey Lewis at 2:58 PM

Congratulations guys. And P.S., I have had two starts with Benjarvus Green-Ellis.

I will see you two sons of bitches in 2 days...I have a feeling that 'Dancing Machine,' by the Jackson 5 will be played at high volume when some of J. Royall's sick moves hit the floor.