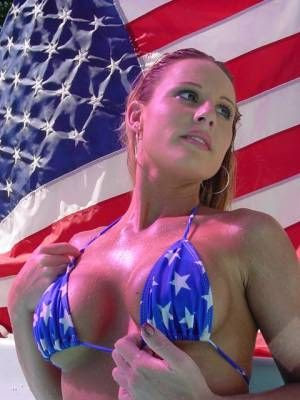 We’ve been slacking. This I know. No excuses. There’s stuff going on. If you’ve stuck with us, then we love you. If you’re just checking in after a few weeks off then blow me. And if you’re voting for McCain tomorrow then we don’t see eye-to-eye to say the least. On the eve of election night, I’ve got a few Apples & Moustaches for you. Let’s dance.


Apple
I went to the Raider game yesterday. Holy shit that was bad football. What’s the worst part about sitting through a 24-0 half where the home team has a total of -6 yards and 0 first downs? Watching a second half where nothing happens. Seriously, nothing happened. The final score was 24-0. It was beyond awful. And I’m not even a Raider fan. Somebody asked me today if JaMarcus Russell was really terrible. I honestly didn’t know how to address the question. The whole team was so awful there wasn’t any one person to pin the blame on. I started yelling for them to put Tui in about mid way through the 2nd quarter.


Moustache
If you haven’t heard/seen this…then please do. Classic. She’s such a hick. (thanks mooch)

Apple
The Steelers are a solid football team. A really solid football team. I think their record suffers this year from having the toughest schedule in the league. Tonight they proved that they are in fact a true force to be reckoned with. My prediction for the Super Bowl? Pittsburgh vs. Arizona. No chance the Titans make it. As my homosexual blog mate Jericho correctly stated, one of these days Kerry Collins is going to be asked to make a play to win a game. Nuff said.


Moustache
My Dad made a cool statement tonight about the election. He said every 4 years he's always voted for the lesser of two evils. Nobody actually liked Al Gore or John Kerry. We were just forced to vote for them because they weren't as big a nut sack as the other guy. But this year is different. Obama is different. He talks different, he listens different and he looks different. This is someone to rally behind and believe in. Not just an old white guy talking about the same old stuff just slightly different then the last guy. Good observation Dad.


Apple
How smooth was Obama on MNF tonight? He’s so in touch with what’s going on. His answers were well thought out and aware. McCain’s answers were canned, they came off like your senile 73-year old grandfather who got into the liquor cabinet and when he imitated Chris Berman with his ‘back, back, back’ it was just painful. Even Berman was fake laughing. Talk about knowing your audience, Obama’s answer to institute a playoff in college football was dead on. McCain’s answer about steroids was so forced, so out of date, it hurt. It hurt like my head will Wednesday morning after partying with my fellow San Franciscans. Cause when Obama takes this thing, the roof is gonna blow off this motherfucker.

Email ThisBlogThis!Share to TwitterShare to FacebookShare to Pinterest
Labels: No on 8

Love your call about the Steelers! I almost had a conniption fit when Ben got hurt AGAIN. Byron's cannon paired with the badass defense was a nice calming agent.

I agree, both of my parents say this feels like JFK, a visonary leader who exudes what we all want our leader to be, confident, calm, intelligent, and most important present.