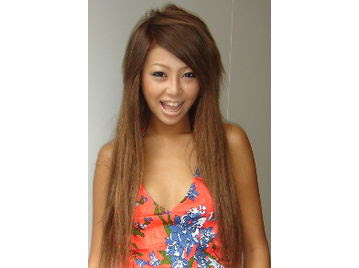 These were the thoughts running through my head last night while wearing nothing but a robe and plastic flip flops that were 4 sizes too small. I was sitting in a dimly lit room that smelled like cucumbers and freedom as I waited for the knock at the door. Yes, I got a massage last night.

This wasn’t my first rodeo. No, I have had two before. Both were on vacation while in Hawaii. Both took place in outdoor huts where you could hear turtles mating and the masseuses (how crazy is that word?) all had dread locks and could hook up a bag of weed afterwards.

But this time I decided to change up the rotation a bit. I was going to go with a male masseuse. Now, before you make that weird face and start to question if my references to David Beckham and Ryan Reynolds weren’t just for laughs, let me explain. Chicks aren’t strong. It’s the truth. They have small hands, small muscles and I was 2 for 2 on a weak ass rub down. It felt like my mom was gently rubbing my back to put me to sleep. Look, I can take my shirt off and have Patch walk up and down my back if I need a tickle. I call that Tuesday night. But not when I’m paying for it. I want a grown up massage. I wanted to figure out why my wife loves massages so much. I wanted to be sore the next day. (insert butt joke here.)

So there I was. Brainstorming everything I could so if and when it came down to it, being oiled down by another dude and sporting a huge boner, I could properly talk myself out of it. I had perfected this mental preparation in elementary school…who hasn’t? (side note: it works during sex also, to last longer. Try it.) Is there anything out there more terrifying guys? I mean, if it’s a chick giving you a massage, sure it’s embarrassing. But half of you wants it to turn into a porn where she smiles and asks if you’d like her to take care of it for you and the other half of you knows that it’s totally fine…she’s a chick. She’s used to seeing a dong in her face. She calls it a Wednesday night. But a dude? How could I explain this? How could I explain this to myself? I would forever question my sexuality and quickly understand my years of underachieving in fantasy football. The anticipation was causing anxiety like you wouldn’t believe. What if he thought I requested a male because I was gay? What if he was gay? What if I knew him? What if he knew me? What if a finger got a bit too oiled up and slip, right in the butt? I was terrified. This was a horrible, horrible idea.


Well, I’m happy to report (or sad to report you sick fucks) that there was zero movement downtown. Nothing. Not even a wrinkle. All thoughts/fears of sexual arousal disappeared immediately. The guy introduced himself and acknowledged that I was at the spa with my wife. Whew. After about 3 minutes I quickly forgot my homophobic worries and spent the rest of my time doing endless calculations of the overall ROI of the massage. Was it worth it? How many rubs per body part per dollar were spent? Is this what is supposed to be happening? Does this feel better than if my wife, a non professional masseuse was rubbing my shoulders? Is this what it feels like for Patch when I rub his neck? Are there dog masseuses? Who would pay for that shit? I bet weirdos in LA pay for dog massages. Ok, if I had the money I’d totally get Patch a hot female masseuse. What would he want her to wear? What would I want her to wear? It was exhausting.

It was like taking a bum hit of ecstasy and having a few beers while you wonder the whole time if you’re actually feeling the effects or if you’ve just talked yourself into it. (side note: if you have to ask yourself, then nope, it didn’t work. Take another.)

I still don’t get it. Sure, I felt good and relaxed afterwards. But for the price we paid, I don’t know if it’d go again. I’d rather put it on Atlanta at home giving 1.5 against Carolina this week parlayed with the Niners getting 11 at home against Dallas.

But I’d definitely ask for a dude again. This much I know for sure.

Email ThisBlogThis!Share to TwitterShare to FacebookShare to Pinterest
Labels: Welcome to the 8th inning Mr. Affeldt

ew. i hate hearing anything about your nether-regions. but you made me laugh.

I think you mean Signor Mariani's Italian class. I don't know about you, but I thought he could have been hunky in his prime.

Reasons I'm happy I have a laptop: