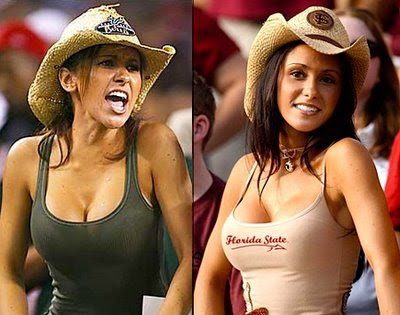 Whew. Now that’s what I call a hangover. Jericho’s bachelor party was legendary. So much so that we haven’t been able to function for the past 7 days…let alone post on our blog. That’s the longest we’ve gone without posting since Jericho thought it would be a good idea to put peanut butter all over our balls and go to the petting zoo in Salinas. Yeah, messy situation. Not recommended.


Where to begin? No, Andy we didn’t retire from blogging. Yes Emily, Roethlisberger looked great on Sunday but unfortunately he’s the only good player on my fantasy team. No Sa, we can’t post Facebook pictures of people who were hot 10 years ago and now look like raging lesbians…it just wouldn’t be right. And yes KK, that looks like a terrible rash. Put a little talcum powder on it and get plenty of tugjobs from the lady. That will cure most flare-ups.


Thoughts on things and other stuff:

*Thank God the NFL is back. My wife woke up Sunday morning to me watching football and mumbled “Thank God. I fucking hate baseball season.” While I won’t go that far I am fucking stoked that football is back. Granted, I seemed to have picked up right where I left off in my fantasy life, down 30 with a WR and a DEF to play tonight. But who cares. John Madden! Ed Hocholii! Michael Turner! Joe Flacco!….and twwwwwinnnnns! (Thanks Tahoe Banta. I think I blew my load on that joke. I’ll try to bring it out again later. Apologies. )

*My phone just rang at work and the first name was listed as ‘Starkisha’. Is that real? That must be a joke. Right? I didn’t answer. The mystery continues.

*Washington got screwed on Saturday. I completely agree that they made the “correct” call…but it’s a really stupid rule. Jake Locker may be the best player in the Pac-10. And if not, then he’s tied with Jahvid Best. Regardless, the Dawgs are 0-2 and have #3 Oklahoma coming to town this weekend. At least we don’t have Jimmy Clausen at QB. What a dooshbag that guy is. Did you see his hair? He looks like he’s on Little House on the Prairie.


*Lincecum is pitching tonight. The only reason worth watching a Giants game anymore. Give us 2 years though and we’ll be contenders. You heard it here first, again.


*Brady goes down! And while we’re at it, here’s an interesting fact we heard this weekend. Six of the last seven Super Bowl losers didn’t make the playoffs the following year. Matt Cassell may not save your fantasy season but with that sort of offense and Randy Moss he’s libel to put up some decent numbers. Pick him up. And who is this Dante Rosario from Carolina? 7 catches, 96 yards and 1 TD. He’s listed as a TE. He’s also listed as an Oregon Duck. Figures. Pussy.


*Nothing from Jericho’s bachelor party will make it on this blog. We operate on a “toe-the-line” NC-17 rating at all times (please see the “let’s hump the Jonas brother’s post here”)


*Person I wish would impale themselves on a first down marker: Maurice Jones-Drew.


*Entourage is back! And with sex! And tits! And lots of F-words! I’m glad. But why couldn’t it return in June when we had nothing to watch and the Giants were sucking balls. It’s almost under appreciated at this point with football season kicking off.


*We failed to do a proper NFL preview this season. Who cares. We did make these predictions last week and failed to post them (please see hangover above). Our NFC picks will follow later this week.


*On a final note, blow me. We’re rusty. It’s been a week since we last posted. We’ll be back to normal shortly.

Email ThisBlogThis!Share to TwitterShare to FacebookShare to Pinterest
Labels: countdown to september 23rd, dave was at the greek this past weekend, raconteurs are in seattle friday night

I've never seen a second of Entourage and i'm very, very happt about that. However, I would totally fuck adrian grenier, that is one hot bearded lady, man.

countdown to september 23? my birthday?