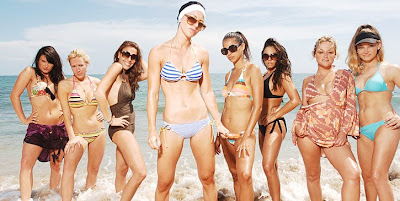 I don’t watch a lot of TV. That’s not a ‘holier than thou’ statement it’s simply a fact of growing up. There’s just less time in the day. After work, after the gym, after walking Patch, after making dinner and trying to get laid….then there’s TV. My DVR is overflowing. When it’s a show I really care about, then I make the time, such as Hard Knocks. But shows like Family Guy, Intervention, Curb Your Enthusiasm even Mad Men seem to get backed up. But one show never does…and that’s Road Rules/Real World Challenge. Let me tell you one thing, last night I was exhausted. Just run down. But you know what? It was the season premier of RRRW: The Island and there wasn’t a chance in Bristol Palin’s sexy thong that I would’ve missed it. (wait, she’s underage right? Whoops. Strike that then. Let’s make it her mom’s thong. There, that’s better. Wait, she’s from Alaska? Different rules there you say? Ok cool. We’re sticking with Bristol then.) 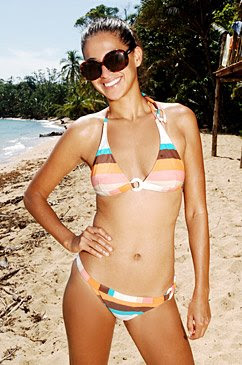 RRRW The Island premiered last night with a bang. Well, not really a bang, but a TON of heavy petting. Does anyone else think that Johanna is like 85% hot? She’s got the whole package but when you start to break it down piece by piece (starting with the face) then she’s kinda broke. Anyways, I’m not gonna recap the show, that’s for dooshbag bloggers. I’m here to provide predictions, observations and perverse fantasies. It’s what we do best.

The Premise – Ok, so they’re stranded on an Island with meager supplies and tough living conditions…what? Come on. It looked like a resort. They had comfy chairs and nets over their beds. I mean, I understand that having just rice to eat could get old but they have a refrigerator for fuck’s sake. MTV missed the boat on this one. Anyone who’s seen Survivor (which I imagine most people have or know the premise) will call bullshit on these ‘brutal living conditions. 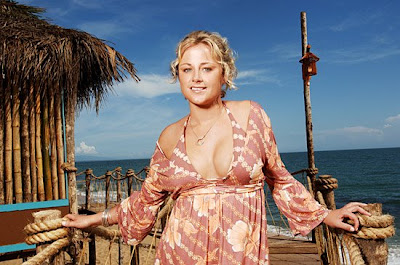 Tanya – First one out the door, and luckily it was on an island so there weren’t doors per se because this bitch put on a good 15-25lbs and I doubt she could fit through. I’m telling you, Tanya has beefed up since her sluttier days of going topless and doing soft core on Showbox. 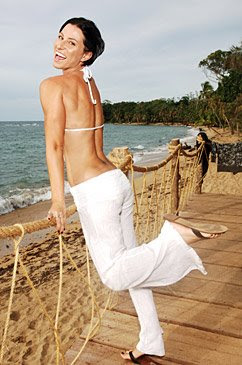 Rachel – Always banging, but I think she gave those 15-25 lbs to Tanya. Rachel is so skinny I didn’t even recognize her. It makes me nervous. She didn’t have any weight to lose. And I’m not saying nervous like “is she bulimic, blah, blah, blah” I’m saying nervous like how can she knock heads with the other chicks when she weighs in at a buck o'four maybe a buck o'five at the most? Ev is the biggest lesbian threat on this show these days. Rachel has taken a serious back seat. (but I’d still totally hit that) 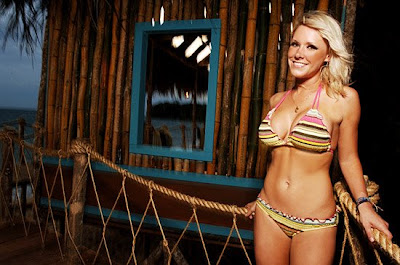 Johnny Bananas – (this is the part of the program where I talk real tough because I’m hiding in a blog.) Hey Johnny! Yeah you. Grow a pair! Get a haircut! It’s MTV for fuck’s sake! Do something with your life you bum. Remember Mark? And Beth? And Eric Neiss from the Grind? They wised up (or were asked not to return) and moved on with their lives. It’s your turn now buddy. P.S. You’re not cool. You’re the guy that quotes the Miller Taste League commish during parties and head bobs to music a bit too aggressively. You never get the hottest chick, you get the leftovers. Enjoy Paula! 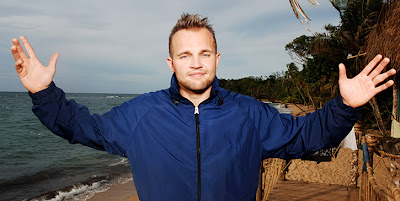 Derick – My all-time favorite. This guy is an animal. And he’s married now with a kid? I love it. I can’t wait for him to chase down some bigger dude, knock him down, win the challenge, break into tears and talk about the strength he channeled from his child. I just got chills thinking about it. 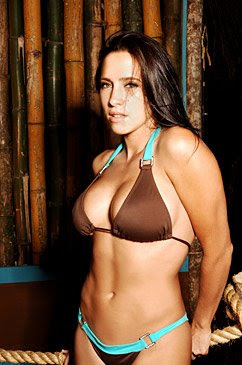 Robyn – secretly, the hottest chick on this show. She knows what’s up. She works with what she’s got and let me say….it’s working. I hope she stays around just so we can see her in a bikini more often.

My prediction - I'm taking Derick and Rachel. They haven't said how many people actually will win, but traditionally we pick 2. So, there you go. Who do you got?

Email ThisBlogThis!Share to TwitterShare to FacebookShare to Pinterest
Labels: im taking the cowboys and giving the 7 on monday night

Whew. Tough one. Doesn't seem to be a lot of strong players this season. I didn't watch yet (I know. Don't start.) but I checked out the cast list and I'm going to go with Ev and Abe. Thank you.

Im hedging between veterans and rookies. Going Dunbar and Paula.

Also, is it bad that I put in as much time researching these picks as I did to set my lineup for tomorrow?