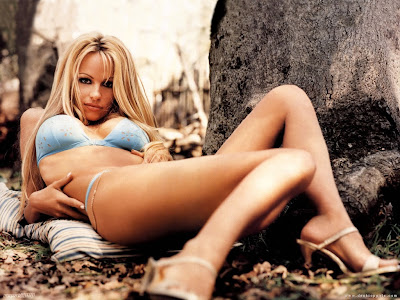 The most underrated part of personal checks is the memo section. I like to write personal messages when paying the bills. Like “if I could punch you I would” when paying the Comcast cable bill and “Like I have a choice” to PG&E. This is one of those jokes that never really pays off. Like graffiti in a bathroom stall. You just hope somebody somewhere laughs someday.

I hate drinking coffee out of a clear mug. It’s degrading. At work we have about 9-10 actual coffee cups. Most of them are from tech companies with made up names and a ghetto graphic as a logo, like “Intermixate.” I love coffee and I want my time to drink it to be perfect. Too weak, not hot enough or a glass mug are the easiest ways to fuck up my morning.

My favorite text message of the week, courtesy of Jericho:

“I can’t believe that Yankee stadium is no more. (fart noises)”

Seeing Tim Lincecum lose last night was tough to watch. Not tough to watch was Buster Posey and Madison Bumgarner sitting front row next to lame duck owner’s representative Peter Magowan during the game. We’re 2 years away, at most, from winning the NL West. And next year we’ll be a serious contender. And if you catch me after a few drinks I’m sure you can talk me into putting money on that one.

KK: I couldn’t believe all the male nudity.

KK: I kept thinking it would be over and then it kept going.

On Tuesday Cold War Kids and TV on the Radio came out with new albums. I’m going back and forth with listening to them. Fantastic stuff. Totally different bands with totally different sounds. Both bands easily in my top 5. Also on Tuesday…it was longtime reader and frequent commenter Sa’s birthday. And last but not least the new GQ came out which raised two very important questions; 1) Is Megan Fox really only 22 years old? and 2) HOW FUCKING DELICIOUS IS MEGAN FOX? September 23rd was a good day indeed.

The Giants are starting Tim Lincecum on Sunday, the last day of the season, after only 4 days of rest. Horseshit. Why in the world would we risk the franchise on a silly piece of hardware? Who cares about the Cy Young award? The team has nothing to play for right now. I mean, sure it would a cool honor, but we have a future to protect here. I think it’s irresponsible, short sighted and more asinine than Tony Romo in a postgame interview. Lincecum already has thrown the most pitches in the NL. Read that last sentence again. Then punch yourself in the mouth if your name is Bruce Bochy.

Matthew Berrry. Kinda funny? Or just another lame A&M knock off? Yeah, I said it.

Email ThisBlogThis!Share to TwitterShare to FacebookShare to Pinterest
Labels: my name is rappin forte im on the smooth tip

Haha! I do the EXACT same thing. like "you fucked me over again" or "emotional baggage fee" or " doggie style fee" etc.

i agree. the memo section of personal checks is vastly underrated. i love people who order designer series checks, checks with pictures of kittens or sailboats or a barn. a co-worker of mine has monster-truck checks. money well-spent, i'd say.

oh wow. i precommented. shot my wad too early. i saw my measly footnote birthday shout-out before i saw it in an actual post. holy shit. thanks fuckers. love you both.