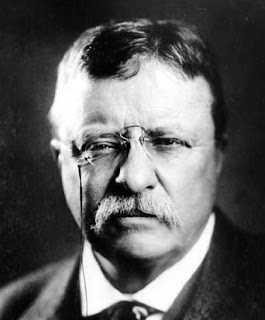 Apple
Two things that really annoy me:
1) Interviews that are written in the second person.
You are about to interview Tiger Woods, what can you ask a man who has been asked everything? You think maybe another cup of coffee would help. You’re not a very good writer and therefore can’t think of anything original to say so decide to try the tired second person trick.

Moustache
The best nickname for a chick that you occasionally hook up with but don’t really like is 4 iron. As in, no one ever really wants to hit a 4 iron, but sometimes you have to.

Moustache
I 100% blame pornography for the heterosexual male community’s total inability to relate to lesbians on any level. Aren’t they supposed to be skinny and blond with enormous, perfect tits and working at a car wash? Actually no. After living in San Francisco for almost five years I can safely attest to the fact that most lesbians are pissed, curt bitches that have Rick Rossovich’s haircut from Top gun and hate everyone expect other lesbians.

Apple
The best, funniest and most talented comedians all have one thing in common: their comedy comes from a very dark place in the soul. Maybe it’s the need to entertain to shadow out feelings of inadequacy; maybe it’s a way to feel connected when they are generally lonesome people; maybe the old adage is true: we laugh to keep from crying. Think about it: Robin Williams, Jim Carrey, Richard Pryor, Lenny Bruce, Charlie Chaplin, Woody Allen, all geniuses at making people laugh, all somewhat dark, fucked up people. Maybe the question: why did Owen Wilson try and kill himself? Is baffling because it’s the wrong question; maybe, looking at the list above, the better question is: why doesn’t it happen more often?

Moustache
When was the last time we had a president with facial hair? If you were John Edwards, wouldn’t you grow a sweet Theodore Roosevelt moustache and run with the slogan, “no one can govern as well as Teddy R, but at least one man can grow his moustache.” I mean how does Edwards stand out? Obama’s got his skin color, Hilary has her estrogen (uh, maybe), what does Edwards have other than that stupid little accent? He’s got to do something to stand out, I say Teddy moustache!

Apple
Two thoughts about doctors and nurses wearing scrubs in public:
1) This is as close as you can get to talking about yourself in the third person. Okay, okay, we fucking get it, you’re a fucking doctor, do you have to throw it in everybody’s face like that? When you walk into a restaurant with scrubs on here’s what you’re basically saying, “the doctor would like a burrito and the doctor would like to add cheese and guacamole but the doctor doesn’t want sour cream.” OK, fuck.

2) How gross is it that they’re wearing scrubs in public? Haven’t they been seeing sick people all day and operating on lungs and shit in those things? They’re fucking doctors! You’d think they’d do everything they can to stop the spread of germs. That’s like giving a hooker a lecture on safe sex as you’re fucking her! Come on now.