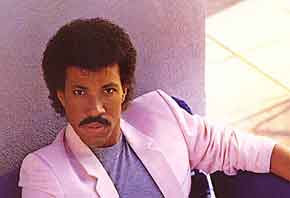 I met the biggest Douchebag last night. This guy was a first-class, USDA, Grade A, level five Douchebag. What are the tell tale signs of such a major D-Bag? First let me set the stage. Last night I again found myself with a bunch of girls and one other guy who I didn’t know. ( was nowhere to be seen). We were at a grand opening of a women’s clothing boutique…having some drinks, socializing, listening to good music, being our charming selves. Look, I am lucky to have such a cool girl with cool girlfriends…I know this, so when Colonel Asswipe enters our little bubble it really throws off my vibe. Witness…

“You know why I love when girls try on clothes? Cause you can touch them. You can be like, “how does that fit?” and then lift up their shirt.”

*Please note this guy was there with his “girlfriend”

Magglio: So what do you do in the city?

Shitburger D-Bag: I’m in Finance. Goldman Sachs. You’ve probably heard of it. (five minutes later) What do you do?

Magglio: I’m in marketing, I…

At this point, Shitburger had an inkling to leave our conversation, run to the Ipod and change the music (mid-song) to Lionel Richie. The whole place stopped to see what had happened. While slowly taking off his jacket, closing his eyes and swaying to the music Captain Ramrod announced “this is my fucking favorite Lionel Richie song”

I don’t need to hang out with dudes. These chicks are cool enough without a doubt. But inevitably, when it’s just me and another dude, you’re forced to talk. Have guy talk. Grunt and make lewd comments about women. I just don’t get it sometimes.

The best part was the exit. He’s saying his goodbyes, continuing his inappropriate advances to the other ladies, and then he gets to me.

Email ThisBlogThis!Share to TwitterShare to FacebookShare to Pinterest
Labels: Guys