God vs. Rehab: The pros and cons of celebrity apologies 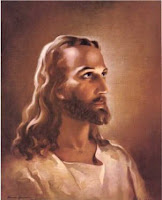 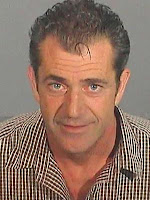 In the old days, you could drive drunk into a preschool get out of the and car scream racial expletives and then go home and beat your wife and no one really cared. Mean old drunks like Humphrey Bogart were seen as dark, brilliant anti-heroes and the more trouble they caused the better they fared at the box office. In today’s world, information travels too fast, the paparazzi are too powerful and the country ultimately too conservative for any kind of digression to fly.

Celebrities are three dimensional now; we know everything about them, have seen every inch of their anatomy and have deep-rooted opinions about perfect strangers. As a result, publicists and agents have to guard their clients and their clients’ images judiciously, which has given birth to a whole new phenomenon: the well-crafted, ghost written celebrity apology (or the WCGWCA for short). It’s a well worn cycle: celebrity does something dumb, celebrity issues heartless apology. It’s as inevitable as thunder following lighting, the headache following champagne or diarrhea following Mexican food.

When writing a WCGWCA it’s important to be brief, polite, apologize to the kids that may’ve been hurt by this (which really means the parents who buy shit for the kids who may’ve been hurt by this) and to pick one of two recourses for the action: 1) blame the behavior on a substance and immediately enter rehab or 2) immediately find God, beg for his forgiveness and promise to substitute prayer for whatever behavior led to the WCGWCA. Both have their merits, both have their detractions, let’s examine both in an old fashioned pros and cons list.

Pro for God
Makes grandma very happy. That’s got to count for something. (Ever notice how no one has an atheist grandma? When our generation retires the shit will really hit the fan.)

Pro for Rehab
Pussy. What else is there to do in rehab?

Con for Rehab
You actually have to go. Notice how there’s never any paparazzi pictures of people coming in or out of church? Think that’s by accident?

Pro for God
You can make bold proclamations that no one can challenge. If a celebrity says, “God told me to make this movie so that’s what I’m going to do.” Or “every word of this album was written with Jesus in my cabin. The two us just sat on the porch and ate popsicles and wrote this album.” No one can say shit.

Con for God
The public’s reaction to relapses is far worse. Once you join the God squad you’re on the team for life. If you relapse after being in rehab it’s the substance taking hold again, understandably out of your control, you have a disease. If you fall off the God wagon you’re a horrible Christian, a horrible person and are in a hand basket to a very warm destination.

Con for Rehab
Cold Turkey. Once you’ve admitted your problem and sought help, say goodbye to all “destructive” behavior including drinking, weed, gambling, having fun, wearing tight pants, if the paps catch you doing any of the aforementioned, even if it wasn’t something you went to rehab for, the “off the wagon” stories will stampede the press.

Pro for God
The lyrics get a lot easier to write. You don’t have to worry about being poetic, descriptive, metaphorical, creative, you just have to praise Jesus and make sure to use the words: bless, lord, holy, pure, sin, hell and damnation. You can actually put the words on a wall, throw darts at them and then write the lyrics based on the order you hit them.

Or:
I was a man given to whisky and gin
I was covered in hell, wrapped in sin
I’d walk forever and farther to find libation
You walked with me, lord, saving me damnation
But then you came, pure, blessed and holy
You took my avocados and made guacamole

Simple. I just made a million bucks.

Con for God
You have to start making records, movies, etc, with a Christian audience in mind. That means no blasphemy, no sex scenes, no gratuitous violence (unless it’s the crucifixion, then you can hack Jesus to fucking pieces, right Mel?). Have you ever seen a movie or listened to a record that was made purely for a Christian audience? Yikes. Basically it’s a life of making holier than thou, fire and brimstone propaganda. If you delve outside of those guidelines: hell, hell and hell.

Pro for Rehab
Tons of free booze, weed, coke, whatever you’re into. Think about it, every chick wants to be the chick who convinces a gay guy to switch teams, right? Has to be the same with recovering addicts, especially famous ones. Can you imagine how cool it would be to get fill in the blank recovering addict guitar player to smoke a joint with you? And they can totally play the “I haven’t smoked a joint in five years card” five thousand times on one tour.

Con for Rehab
Your newly attracted demographic is small and angry compared to the huge, happy God squad. When you find God tens of millions of people sit up and go, “I’ll pray for you, kind soul.” When you enter rehab a few thousand people say, “oh fuck you! Rich fuck, what the fuck do you know?!?! I used to suck dick for coke, what did you suck on Mr. Fucking Bigshot?!?!”
Posted by Casey Lewis at 1:27 PM