Back Into The Pool... 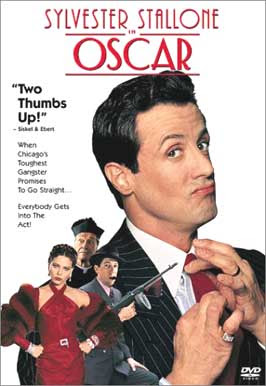 What a terrible year for film. If that sentiment sounds familiar, it should, it’s the exact same thing I said at the start of my Oscar post last year. 2008 was a down year overall but still had some major bright spots (Dark Knight, Wall-E, Milk, Rachel Getting Married) and a few noteworthy if not ultimately memorable movies (Gran Torino, The Wrestler, Vicky Christina). What does 2009 have? Avatar has had carnal relations with the box office, but are we going to be talking about it in 5 years? The Hurt Locker was the exception to the “Hollywood simply can’t make a good movie about Iraq” rule, had some incredible moments, but the parts were much better than the whole. District 9 was completely original, the most creative movie of the year, but it really fits the definition of “it’s a thrill just to be nominated.” Inglorious Basterds was brilliant, daring, exciting, everything you want from a suspense movie, it’s the best movie of the year, but is it a best picture?

Well, fuck it. Just because the films were underwhelming doesn’t mean we can’t still fleece our friends for cash at the Oscar party (yes, that's a double negative, but so was 2009). Good luck, hopefully we’ll have a lot more to talk about this time next year.

I can easily see this flipping by the way, with Avatar winning best pic and Kathryn Bigelow taking director. Regardless of how it ends up, I definitely think that the two movies will spilt these; one film won’t win both. The big question: does the Academy want Avatar to win best picture? This isn’t Titanic mind you, which was a very Oscar-friendly theme, this is a movie about nine-feet tall reptilian Smurfs with a language that sounds like Ewoks fucking. It’s Iraq v. Pandora, and I think Iraq wins. Cameron will take director as his consolation prize.

Sandra Bullock has been gaining some momentum lately, but I still think Streep takes this home.

Waltz winning this category is a lock. Also a lock: the longest, strangest acceptance speech in Oscar history (which is saying something). During his speech at the Globes, he referred to himself as a planet and Tarantino as the golden sun, and talked about how he’d been orbiting that sun for his whole life but hadn’t dared get close enough until now. What’s possible at the Oscars? I’m thinking something like this:

“52 years ago I was in my mother’s womb. Growing. Bursting with life. Taking nutrients from her fluids. But then a man appeared, a man who had the wisdom of many centuries. He mounted my mother and made love to her. Generous love. Impactful love. He entered her, navigated beyond her many tubes and channels and found me, young, vulnerable, wanting to learn but not yet knowing how. He imparted his knowledge, his passion directly into my placenta. It was this transfer, this sharing of love and creativity that brought me here. Thank you to the Academy. And to Quentin, thanks for traveling back in time and fucking my baby face.”

My heart pulls for District 9 here, but Up In The Air is really an enormous achievement from a writing perspective. Three completely identifiable, three-dimensional characters, don’t underestimate how difficult that is. District 9 is the most creative, but from a pure skill standpoint Up In The Air deserves this trophy.

Good luck in your pools.

Calmer than you are said...

I've got to agree with my Russian comrade and ask, how salty do Tarantino's balls taste, Jericho?

Basically, you're writing that you'd like him to father your children based solely upon his ability to give you wood with what can be charitably described as his sixth-best movie.

I mean, it's a good thing for Tarantino that the best picture category was expanded to 10 films, because I could name five 2009 FOREIGN films that were better than Basterds.

When you finally get that thing out of your mouth, tell Quen I said hello.

OK, Calmer Than You Are and the Mad Russian Who Immediately Preceded Him, I'll bite. Tell me a better movie than Inglorious Basterds? I'm ready. Five foreign films? Name one American one. Come on, do it. There are six people reading this and they're all ready to laugh at you.

Way calmer than you are, Dude, said...

Are you saying foreign films better than Basterds shouldn't count?

Here's a handful of 2009 flicks (both foreign and domestic) that were better than Basterds:

Don't get me wrong...it wasn't a bad movie. It just wasn't as good as you think it was. I'd rank it somewhere between Spike Jonez' muppet movie and Sandra Bullock's The Proposal.

Now's your turn to answer questions:

Name me one Tarantino movie, foreign or domestic, you didn't like. Just one.