Thanks for the idea asshole 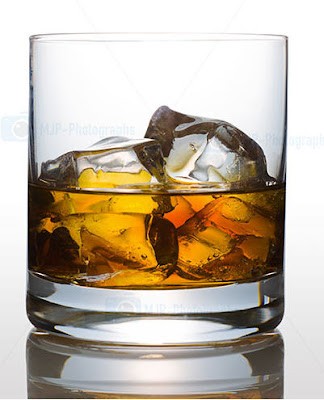 I have a confession to make.

I gave up drinking for the month of March. No, I’m serious. I’m not Catholic, this isn’t for health reasons and this isn’t for some documentary on torture. I did this because I wanted to see if this is something I could actually do. That’s all. Let’s call it testing my ‘will power.’ Or ‘a really boring idea’, either will work just fine. (I actually gave up eating sugar too but that’s easier than making fun of George Clooney’s hair at the Oscars.) Giving up drinking for a month is, and will be, really fucking difficult. Let me give you a quick glimpse into this past weekend. A sober weekend if ever there was one.

Friday night our office left at 4pm for drinks around the corner from where we work. I ordered a club soda. Everyone snickered. But let me say something. I’m a grown ass man. I don’t give a fuck if the waiter or my co-workers make fun of me for ordering a soda at a bar. I do however give a fuck when the waiter brings my drink in a tall, curvy, “made for a pina colada with tiny umbrellas” glass. Why can’t I have a tumbler with a few cubes of ice like everyone else? It’s like the waiter wanted to celebrate my personal struggle outwardly. Dick. He’s lucky I was surrounded by work people. (I’m not sure what that means. It’s not like I would’ve done anything if I wasn’t. Maybe a headlock and a noogie, but nothing more than that.)

And honestly, though it was the end of the work week and a drink sounded nice, I didn’t need one. The sun was still out and though I could feel the momentum of the weekend building, I was ok with my water. I’m an athlete, remember? Hydration is key.

The walk home was actually one of the most noticeable differences on this particular Friday night. I don’t always go out for drinks on a Friday night, but when I do, I feel like the best part is the walk home. Give me my iPod and a light buzz and my walk home suddenly turns into my own personal music video. “Last name Ever. First name Greatest” takes on a whole new meaning when you’re walking with your swerve on. This time? I put on some Yeasayer and dodged tiny Asians with pink bags, chicks from the Financial district in knee highs and skirts, and trade show attendees with gigantic name tags around their necks. It was far less cool.

Friday night was the worst. Seriously. My wife and I couldn’t figure out what to do. Should we watch a movie? No. Should we walk to our favorite local bar and just have a soda? Awkward. Should we go get a coffee or a tea or something? Lame. I decided to text my friend Morgan. He was the one who gave us the idea to give up drinking. Him and his wife gave up sugar and alcohol for a month and raved about how great they felt. This was his stupid idea anyways.

Me: Dude. What the fuck are we supposed to tonight?

Me: Sweet. Thanks for the idea asshole.

Morgan: Too bad you don’t have kids.

This was his response? Too bad I don’t have kids? Don’t you think that’s something you might want to point out BEFORE you suggest a good buddy goes sober for a month?

We wound up watching a movie. I think we saw The Informant with Matt Damon. No, that was the next night. We watched Wall Street from the 80s with Michael Douglas and Charlie Sheen. Then we had really great sex and went to bed. Oversharing? I don’t care. I’m sober now. I gotta take risks somehow.

The rest of the weekend went a bit smoother. I got up at 8am and went for a run. I felt like Icee, the most sober and most athletic guy I know. Saturday night we basically repeated the activities from the night before. That bottle of Jameson was staring me down all night. I kept calculating in my head how many steps it would take me to grab a glass, grab some ice, and crack that bottle. With some creative maneuvering I figured around 14-15 steps. My mouth is salivating as I type this post. I am not joking.

Do I feel better today? A little. Were my workouts a bit easier? Sure, but who cares. As one co-worker said to me Friday night, “I admire what you’re doing, but I’d never do it.” Sweet.

Anyone wanna catch a movie?

Email ThisBlogThis!Share to TwitterShare to FacebookShare to Pinterest
Labels: uh oh jacks got the big guitar

I read this while drinking an enormous Jamba Juice and eating a Clif bar, oatmeal, raisin and walnut. Still not gayer than you.

What color was the umbrella and did you save it?

that's just a stupid idea. i was hoping to have a beer with you and your lovely wife in a few weekends, but i didn't realize you grew a vagina.

I am Sabrina Rojas, Affiliate Executive of usainstantpayday.com, world’s largest bad credit loans community. I came across to your site and I must say that you have got an amazing site that has attracted a lot of visitors including me. I would be glad if you join our affiliate program because your site has full potential to send traffic to my website.
The highlights of our program are:
1. Absolutely FREE registration.
2. You put up a banner or text link or lead sign up form on your site/blog/forum and send traffic from your site/blog/forum to our website. You can also promote via means of email marketing, PPC, telemarketing, etc
3. We will pay you $25 for each lead. (Affiliates are earning up to $1500 per week with our program)
Please note that we try to contact the leads 7 times before marking it a dead lead.
So what are you waiting for? Join Bad Credit Loans Program and earn dollars!! http://www.usainstantpayday.com
For more questions please visit [url=http://www.usainstantpayday.com]http://www.usainstantpayday.com[/url]
This Program will definitely help both of us mutually. You send your potential visitors to our site and we pay you for this.
Please note that for doing email marketing you need to approve the email from us as we do not want any kind of spam activities to take place.
Looking forward for a long term business relation
Thanks,

We'd love to join your affiliate program. Here are our terms:

1) Provide several pictures of your cans. If they are awesome, please provide more.
2) Tahoe gets to blast on your face.

Jericho, I literally laughed out loud at your comment to Sabrina. And Magglio, grossest thing on earth.

You gave up alcohol for lent = Worst. Jew. Ever.

Let me introduce myself,
my parents call me Nikolas.
Generally I’m a social gmabler. all my life I’m carried away by online-casino and poker.
Not long time ago I started my own blog, where I describe my virtual adventures.
Probably, it will be interesting for you to utilize special software facilitating winnings .
Please visit my web page . http://allbestcasino.com I’ll be interested on your opinion..

Genial post and this mail helped me alot in my college assignement. Thank you as your information.

If you use the word "genial" on our blog again, Magglio will fuck you in your butthole.