The True Price of Beauty 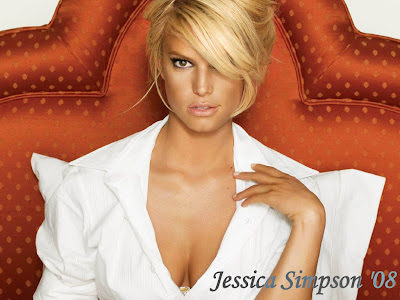 I’m not sure how to set this up or how to begin, so let’s just come out with it: I love Jessica Simpson’s new show. It’s insightful, meaningful, thought provoking; every time I watch it I feel like I’ve learned something, but even better, like I felt something. Yes, I have my doubts about Jessica Simpson as anything other than “blond with outrageously big boobs” – but she’s found the right forum for herself with this show, she doesn’t have to carry it, she just has to exist with it, if that makes sense.


Women face a daily challenge that men just can’t, nor will ever, understand. Forget self or societal-imposed pressure, the level of daily competition between women is absolutely staggering. That’s not necessarily groundbreaking of course, we’ve had enough Sex and The City episodes and Gwen Stefani songs to tell us this, but it’s certainly eye opening to see how these types of pressures extend across borders and cultures. As Ken Paves said in the closing of episode three: “when can a woman feel free to ever just be a woman?” A few years ago, actually a few days ago, I would’ve laughed at the statement and made a joke about Ken’s butthole and its diet, but I feel different now. I feel changed.


The show is worth watching for so many reasons. Some of the supporters are championing Jess as a new breed of feminist, I think we have to go further than that: Jessica Simpson is a humanist. This show doesn’t merely show the plight of the female in the harsh light of multi-faceted competition, the show demonstrates how the struggle of the modern woman affects us all. That is something worth cheering. I hope you’ll join me.


(*Note: not a word of this is true. Fuck Jessica Simpson and her dumb fucking show. However, claiming that I love it is decidedly less embarrassing than admitting that I love this Duke team and am pulling for them to win the championship. So there you go.)

Her boobs are cool. I like her more the fatter she gets. To quote one of the most famous bands of all time:

Ya what you said and whatever she really has provoked my thoughts concerning man's inhamnity to man. Actually, she provokes my blood to gather in my dick. One trick I have learned, turn the sound all the way down.