And life is good again…. 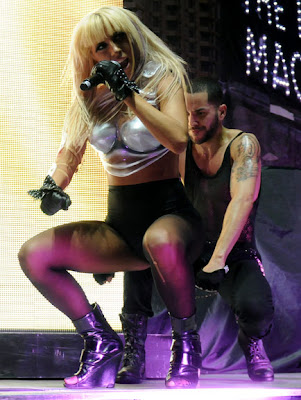 Apple:
I don’t have to travel this week. That makes me, my johnson, my waistline, my dog, my bowels, my hetero life mate Jericho, my bus driver* and my doorman very happy.

*Trick. I don’t do public transportation.


Moustache:
I ran into my ex-girlfriend from High School not too long ago. We exchanged pleasantries. My first thought was ‘damn I’m having a great hair day today.’ Yes. That was my first thought.


Apple:
I caught a total of 11 minutes from this season’s Bachelor. What a stupid fucking show. The way I saw it the dude had 2 pretty mediocre choices. Go with the skinny bitch that looked like she was 14. Or go with the other skinny bitch that has had so much plastic surgery done she looked like a robot. I think if it ever comes down to this in the end the Bachelor should have the option of hitting a ‘do over’ button and then Lady GaGa drops from the sky and does a dance where she dick whips the host Chris in face. I think it’s called Frapping. Then a whole new set of chicks walks in and we start over. Done and done.


Moustache:
I’ve watched the NFL Scouting Combine every night for the past 4 nights. I love it. I can’t get enough of it. My only complaint; why don’t they show the bench press? They would show 30 second clips but why not focus on the whole competition instead of the 3 cone drill or even the vertical jump? I’d love to watch some overgrown dudes get all fired up and bang out 22 reps at 225 a piece. Hey Trindon Holliday…10 reps? 10 lousy reps? Shit. I call that a Tuesday.


Apple:
Best idea I’ve heard this week: They should allow the Jersey Shore kids to compete on next season’s RR/RW Challenge. Are you fucking kidding me? Could you imagine watching Ronnie go up against Wes in a homoerotic game of let’s tackle each other and flail all about? I think they should do a Jersey Shore vs. everyone else competition. You’re telling me this wouldn’t be the highest rated show ever?

Email ThisBlogThis!Share to TwitterShare to FacebookShare to Pinterest
Labels: DJZMONEY