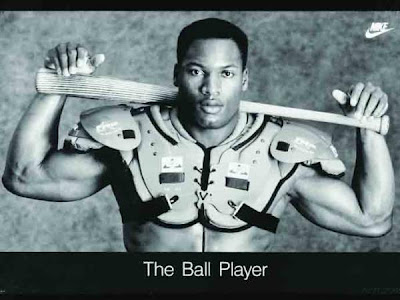 By Tahoe Santa -
It's Wednesday, 11:40 PST and I'm tall cannin' a PBR with a dip in my mouth. Magglio and Jericho Royall can't seem to post shit because of their San Fran fart sniffing life style so I guess I'm going to have to put something on here for the 7-reader-strong to giggle about.

So here it is Caity's and gentlemen, Tahoe's first post.


*First of all, Home Depot should start paying higher property taxes because of all the mexicans that hang outside their store looking for slave labor. I got no problem with Home Depot, and I fuckin' love me some mexicans, but you know, I'm just sayin...


*Next, I want to talk about fake tits. Fake tits are sweet. The only time fake tits are not sweet is when you open up tub8.com and they have fake tits on some hermy with a dick. That ain't cricket. That ain't soccer either, and soccer is fucking gay. I got nothin against gay's, I'm just sayin...


*If you are upset that Michael Vick and Brett Favre are playing on football teams this year, then you probably have no appreciation for football, soap operas, the AARP, TV, America the Beautiful, the sweet spot, soft-core pornography, opening your presents Christmas morning rather than Christmas Eve, or long, slow, deep, soft, wet kisses that last three days.


*Rachel Nichols or Erin Andrews. Who would be better in bed? I eagerly await your thoughts.


*I have a virus in my computer that Magic Johnson couldn't get rid of. This thing is awful. Everytime I open up ESPN.com and try to click on the Mariners home page it freezes up...wait, nevermind, ESPN doesn't cover sports on the westcoast.


*Bristol, CN is where right-wing Christians send their homosexual kids to straight kid camp. Those kids stay and become anchors on SportsCenter. It's ok though, it's not their fault.


*Remember "The Ball Player," poster with Bo Jackson? I wish I had that still. I mean, how unreal was thisguy? How did SportsCentury fail to mention him in the top 50? He should be in the top five!!! I saw Bo Jackson play at the Kingdome when he was on the Royals with George Brett. Not only was it one of the greatest performances I ever have seen live by a baseball player ( 2-4 2 HR's) I also got a game ball thrown to me by George Brett, who apparently has bowel problems.

May the schwartz be with you George Brett.

That was the hottest thing I've ever read/experienced. And, yes, I'm including the best of 90210, Melrose, and Dawson's Creek in the statement.

And yes he is Jewish with a Jew fro, and yes nobody else knows he exists, fuckers...