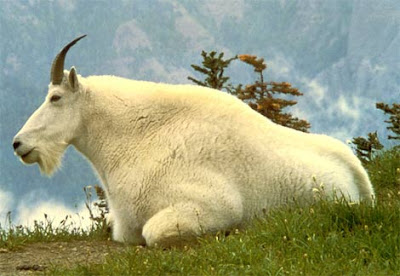 Let’s all be all be honest with ourselves for a minute here: Coldplay is kind of like getting your butthole licked, no one really wants to admit they love it, but everybody does. Everybody.


Having a blog is like having a penis; most days it’s awesome, occasionally it’s annoying, I feel great when I use it, guilty when I ignore it, but no matter what happens, I will always think mine is better than anyone else’s.


Can we change Vegas’ moniker from “Sin City” to “No Guilt City.” It’s not that you can get away with everything in Vegas, it’s the fact you feel absolutely no guilt as you’re getting away with it. That’s a very subtle but crucial point.


Any Watchmen fans on this blog? The graphic novel: one of the greatest pieces of literature ever. The movie: a steaming pile of Rhinoceros jizz. The movie tried to appease fans of the book and appeal to a wider audience at the same time, which is not impossible, but extremely hard to pull off (for a successful instance of this see Dark Knight, The). Appealing to two completely disparately audiences simultaneously is kind of like taking your pants off in an elementary school and having it be not only acceptable but awesome. Very hard to do. The director should have drawn a smiley face on his penis and given it a fun, Ukrainian accent, that usually works.


Here’s a question, what’s the adverse of the statement “rubs me the wrong way?” If I go out with my wife’s cousin and get beers and have a great time, do I come home and say, “man, I really love your cousin, he rubs me the right way?”

i turned off the watchmen movie 45 mins into it, i wasted my life.

I saw the watchmen in the theater and it certainly wasn't so bad that you walk out, plus I had to finish to 6 pack of tall boys I brought in, oh how my coworkers laughed as I pretended to cough while timing the opening of each can. The watchmen does succeed in something though, it is the number 1 blue penis movie in the world, suck on that blue men.

It is important to always drink while watching shitty movies.

Someone told me Coldplay is Radiohead for dumb people.