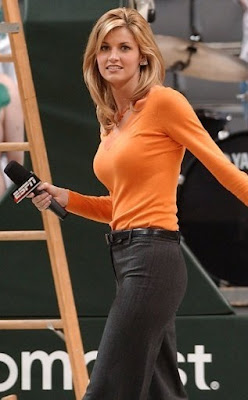 Apple
They say Jesus was a carpenter? I’m not buying it. I see those crosses everywhere. I mean if Jesus wasn’t a marketer I don’t know what he was.


Moustache
It was good to see the Twins win in 12. What a great way to finish a season. And for all you hillbilly Minnesotans out there, congratulations. But here’s my problem. It’s the celebration in the locker room. Sure, jump up and down like idiots when the winning run crosses the plate. But be cognizant of who’s on deck. Pouring champagne on each other until the wee hours of the morning isn’t helping anything when facing CC Sabathia this afternoon. I know I sound like an old man, but the celebration in baseball is out of hand come playoff time. Watch it unfold. It’s obnoxious. A team will win this first 5 game series and they’ll do the whole champagne thing in the locker room…again. And then again the next round. Kinda loses its luster don’t you think?


Apple
Longtime A&M friend Icee sent us the link to the Erin Andrews video. Jericho said we can’t post it cause it’s creepy and perpetuates that sort of behavior. While I agree, I still think her tits should over rule any sort of logic in this argument. I mean seriously. Email me at applesandmoustaches@gmail.com if you want the link.


Moustache
Our wives are both out of town through the weekend. They’re actually together right now. Spending our money and being sexy. It’s what they do best. (Jesus, nice old guy joke, when did I turn into Paul McGuire?) You know what that means…man date. Yep, this Friday me and the other ball and chain are going to a steak house where we plan to strap a fade on like it’s 2001 all over again. The only rules for the dress code is no tie. I’m still not sure what I’m wearing. I’ve been worried about it all week.


Apple
I’ve been on Facebook for about two months now and have three overarching thoughts / comments:

1. Get better looking friends. This goes for guys too. When did everyone get so horsey?

2. Stop taking quizzes and telling me about it. I don’t care what kind of horse you are, which Bob Marley song you are or which Pixar character you think gives the best head (my money is on Nemo here, btw, nice and slippery). The only quiz you should be taking is “how can I get better looking friends who enjoy posting compromising pictures of themselves?”

3. Stop telling me what you like and don’t like. John thinks Sully from Monster’s Inc would give the best head because you could just fuck his enormous eye. 5 people like this. You want to like something? How about you like yourself down to the corner and meet some good looking friends, goddamn it.


Moustache
A co-worker is having a Halloween party where only a few of us in the office will be invited. I told her I can’t wait to tell the other people that they weren’t invited. She told me that’s such a Blair thing to say. Honestly, it made my day. And yes, I’m a straight male.

I still think Rachel Nichols would be better in the sack than Erin Andrews.

Send me the fucking link though. You know the email.

By the way, why hate on the champagne party? You ever have a party where you poor booze all over? I haven't either, but it looks like something I would have fun doing everyday, forever. They're baseball players for chrissake...I mean, Wade Boggs once drank 70 beers on a cross country flight before a game. Champagne party's don't effect shit for these guys because they're alcoholics. Can I get an Amen?