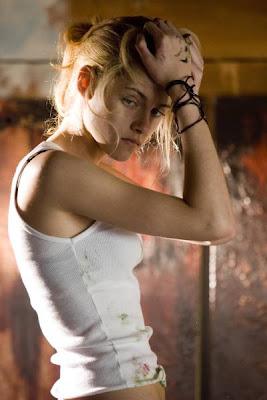 Apple
There are three constants in life. Baseball, Death and Taxes. Man I hate taxes. Tonight was spent at the dining room table doing taxes (see how grown up I am? We have a dining room table. I also eat cereal that is very high in fiber) amid a mess of papers, calculators and number 2 pencils. It looked exhausting. Luckily Patch and I were on the couch playing ‘who wants a tickle’ while my pretty wife crunched the numbers. She wasn’t a huge fan of ‘topless taxes’ even though Patch and I were more than willing to participate. Every time she mentioned the word ‘jointly’ Patch and I would laugh like we were 16-year old stoners whose teacher just talked about ‘erecting statues.’ Sweet.


Moustache
We saw Adventureland on Friday night. I have 3 quick observations:

3 – This movie is authentic. That’s the best way to describe it. The time period, the emotions, the plot. It truly brings you back to the first time you were really in love with a girl and all the crazy emotions and games that happen. It brought me right back to my days spent thinking about nothing but touching boobs. Oh wait, I always think about touching boobs.


Apple
The San Francisco Chronicle came out with their annual Best 100 Restaurants in the Bay Area. Not bad. I figure at least 10 on the list are negligible (human error in selection), 5 are hippy fare and maybe 2-3 are so pretentious that I won’t want to go anyways. So that brings my total possible to 82 restaurants. We’ve been to 31 on the list. Not bad. That’s an average of .378. About what Pablo Sandoval will be putting up in his first full season.


Moustache
Jericho came over for the 2 Final Four games yesterday. Two words. Hamm-ered. Fuck we got after it. Here are my thoughts on the championship game Monday:

1 – Michigan State’s big white guy is a fucking tool. Anyone disagree?
2 – Tyler Hansbourgh has as much personality as Patch’s shriveled scrotum.
3 – There is no way Michigan State will keep this game close. UNC wins by 9.