We're fucked for sure 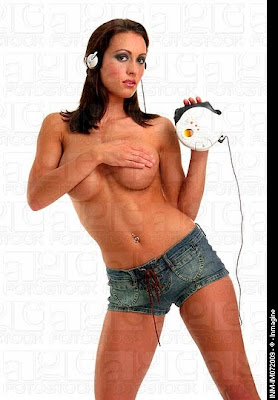 
Apple
I got drunk this weekend and made a stupid bet. (By the way, nobody is surprised by that sentence.) I bet a dude that the NFL lockout would end today. If it does I get $500 bucks. If it doesn’t then I owe him $20. The latest from camp is that Roger Goddell is ensuring the West Coast will continue to get fucked on the MNF start time and DeMaurice Smith is having a hard time deciding which hat to wear the next time he exits a meeting. So much for progress. Pricks.


Moustache
My final tally for Sunday’s bbq: 3 bratwursts, 4 cheeseburgers and enough potato salad to make one’s eyes emit mayonnaise. Talk about feeling like an American. So much for my vegetarian kick.


Apple
Retro things are sorta cool in a sorta cliché hipster sorta way. You know what’s not cool? Having a discman. I saw some dude at the gym yesterday carefully balancing his discman on his lap while he was lifting weights. That’s not cool. Sweatbands, now those are cool. But a discman? You’re trying too hard bro.


Moustache
Forgot that Five Hour Energy poison; if you really want to perk yourself up at 2:30, here's what you do: Head to the bathroom, grab a stall and take your pants off. Nothing lewd (unless that's your thing), just kick off your shoes, hang your pants on the hook, take a piss with your boxers at your ankles, then step back, do a few calf raises to get the twins swinging, then right back to your day. You're gone from your desk for five minutes top and will be reenergized for the rest of the day. Trust me. It's very refreshing.

Email ThisBlogThis!Share to TwitterShare to FacebookShare to Pinterest
Labels: verlander is a pussy