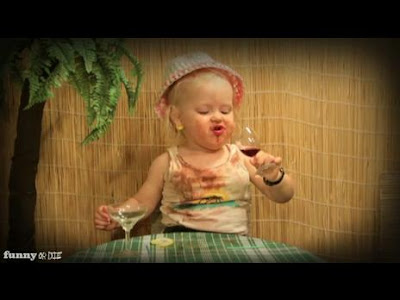 Apple
Please take my next rant with a grain of salt, because watching chicks prance around in sun dresses feels like connecting on a +310 money line. Dudes look stupid in shorts. Let’s take that a step further, if you’re a dude in warm weather you either look like a country club cocksucker or a 7th grade stoner. There is no in between. I’d much rather wear jeans and a button down then any of the options out there for 90 degree heat.


Moustache
The two most overused words in sports journalism: shun and redemption. Free agents don't sign with teams anymore, they shun their other suitors. LeBron definitely shunned Cleveland, in fact he ass shunned them, which absolutely should've been the ESPN headline, but has anyone else deserved the shun tag in the last five years? And once the shunning starts where does it stop? Did you hear Brady shunned the treadmill for the elliptical yesterday? Or that Durant shunned his post-up game by shooting threes? Or that Jeter shunned Minka's left boob to work on the right one? Or that I shunned the term "cold-shoulder" in order to write this paragraph?


Apple
We watched the movie ‘Babies’ last night. Man, what a stupid movie. Look, I like babies just about as much as a straight dude can, but I don’t want to watch them on screen for an hour and half. There was not plot, no story, no connection between the different babies besides looking for tits all day long. People must feel compelled to say they like the movie since it’s all about babies and who doesn’t like babies? It’s like being at the zoo and saying you didn’t think the Panda Bears look cuddly.


Moustache
One of the fundamental differences between men and women, is that women work in groups and men essentially operate alone. Women consult their friends about everything, take the average of the opinions and then present it to their boyfriend/husband as fact. "I talked to slut, cunt, dumbass, prissy face, fat wad, whiny and the chick you secretly fantasize about and we all agree that you were an asshole two weeks ago at the BBQ and should call fuck leg and apologize." How the fuck is that fact? If I ever start basing my life around what fat wad and prissy face think, take a gigantic knife and plunge it into my fucking head. As you're nodding in agreement, let me ask you this: can you fucking imagine if guys tried this tactic? "Honey, I was chatting with the dudes at the game and we all think that you should try anal. Even the bartender was appalled that we haven't tried it. He's a great guy; goes by Squirt. So you down or what?"

Email ThisBlogThis!Share to TwitterShare to FacebookShare to Pinterest
Labels: ipabi.com

Its about time you guys are back, I've given you guys plenty of rep to my friends, hoping they'd catch on. Keep it going like a Austin Powers piss.