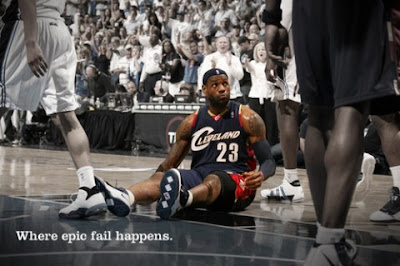 
1 - Warner Brothers reportedly spent close to $400m (production + marketing) on The Green Lantern. Read that sentence again. Who the fuck thought that this was a good idea? I wouldn't see this movie if I was on fire. Speaking of how bloated and tired the superhero genre is, anyone seen the trailer for Captain America? Man, Hollywood doesn't just beat a dead horse it brings it to parties and makes its arms move like Weekend At Bernie's. "Look, the superhero genre is waterskiing! It's dancing to Fine Young Cannibals and smoking a cigar! You know what? We should approve a $400m budget for a movie about a hero that no one has heard of starring a guy that no guy likes."


2 - Poor Jim Carrey. One of the most talented actors ever – not just of his generation – EVER and he's stuck making Mr. Popper's Penguins. How did we get here? Is Jim Carrey the LeBron of movies or is it the other way around?


4 - Speaking of Pirates, remember all of the scrutiny surrounding the first movie? Disney is doing what? A movie about a theme park with an indie actor as the lead; how could that possibly work? The end result: 4 movies, 3 of which are in the top 10 all time (#4, #9 and #10, with the original making a paltry $654m and ranking# 48), $3.6 billion in worldwide gross and that indie actor is now the most marketable actor in the world.

Email ThisBlogThis!Share to TwitterShare to FacebookShare to Pinterest
Labels: ipabi.com

I read in US Weekly that Jim Carrey was a real dickhead on the set of that movie. Give LeBron a few years and he too will be acting a fool!