At least we're not Cubs fans 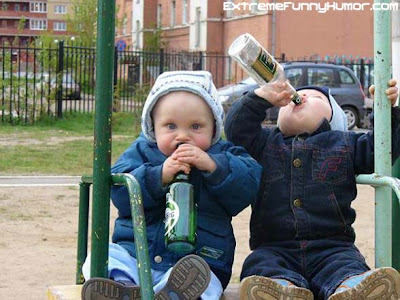 I’m 31 years old and I spent half of my day on Saturday stressed out, pouting and hurling insults at my TV while my wife maniacally swept and mopped the floors. It’s football season.

Now let me explain the sexist scene. My wife wasn’t cleaning because she’s the woman of the household, she was cleaning because she was too nervous about watching the Husky game. I don’t blame her. I chewed off every single finger nail before half time. How does it get like this?

When I was little the Niners won the Super Bowl every single year. So while it was fun, it never felt like we had just conquered the world. I knew every season we’d probably steam roll every team and I’d celebrate with my dad and brother accordingly. It was expected.

And the Giants were the Giants. We were always pretty good. We got our ass handed to us in the ’89 World Series by the A’s but we had guys like Will Clark, Kevin Mitchell and Matt Williams…so it was always magic. And we had superheros on our team so who cared if won the big one?

When my brother was old enough to realize what was going on he became an obsessive Giants fan. But his obsession bordered on psychotic. I remember when he was about 6 or 7 years old, he would lock himself in his room for hours after the Giants lost a game. A game. In a good year the Giants would lose at least 70 games. I was always stunned that he couldn’t just get over a loss. I mean, it’s just sports right?

But lately, I find myself feeling like a 7-year old kid locked in my bedroom. I’m taking each Giants loss personally. A roughing the kicker call against UW almost caused me to lose my voice I was yelling so loud. What happened? How did it get like this?

In 2001 I watched Tuiasasopo march all over Drew Brees and the Boilermakers to win the Rose Bowl and finish 3rd in the country. In 2002, I was 5 outs away from dancing in the streets of San Francisco and pouring beers on the heads of complete strangers. But that’s it. I obsess about sports every day of my life. And I can count on one hand the amount of successes I’ve felt in return.

What kind of ROI is that?

Half of you are probably rolling your eyes. Because you’re probably a Cubs fan or a Bengals fan. But I don’t care. That means nothing to me. I’m a Giants fans. And a Niners fan. And a Husky fan. And every time one of my teams takes the field every fiber of my being is hoping, praying and focusing on a victory.

So when the Giants win the World Series this year will it all be worth it?

I’m not sure quite yet.

But I’m really fucking excited to find out.

Email ThisBlogThis!Share to TwitterShare to FacebookShare to Pinterest
Labels: 1

Your not cubs fans, but you are 49ers fans. Let the authorities officially document the Seahawks anally raped your team on sept 12th 2010!

What a strange coincidence, the word verification I had to type to post this was violateasshole. Seems quite suiting.

I'm Sandy Mangina, and I endorse this message...