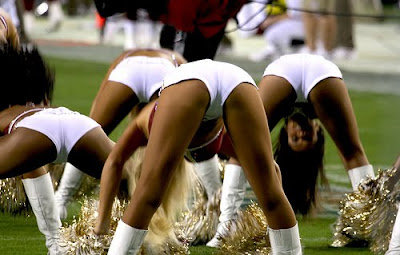 Ten things I’ve been up to since we last spoke

1. I went to see Kathy Griffin do stand-up. Let’s get one thing straight. This bitch is funny. Honestly, and please no offense Caity, Kathy Griffin could write for A&M. When she made a reference to Michael Jackson fist fucking Macaulay Culkin I knew she was the real deal. I wanted to buy one of the shirts that said ‘I’d go straight for Kathy Griffin’ but I don’t want to lead KK on. Get it KK? You’re gay.


2. I took batting practice at AT&T park. Seriously. It was almost too much to take in. I took a total of about 50 pitches. I made solid contact on most. I had enough line drives and deep flies to make me feel like Shawn Merriman after his bisexual girlfriend Tila Tequilla’s cell phone keeps blowing up with ‘wanna muff bump?’ texts. I was amped.


3. Jericho and I had a full man day. Not just a man date. It included 3 rounds of bowling (I took 2 of 3), watching ‘It Might Get Loud’, endless beers, steaks the size of David Wright’s helmet and concluded with whiskey and a fantasy football draft. Sometimes I wonder if we were gay if we’d be married by now. It would never happen though. Jericho is a horrible kisser.


4. I reloaded my online sports betting account. Ok now, help a brother out. What are you thinking for this upcoming weekend? Anyone else feel like the Chargers are going to run rip shit in Oakland on Monday night and obliterate that 9 point spread? Anyone?


5. I lost some weight. Let’s not get into specifics here. But I will say this. Losing this much weight makes my dick look like its about 18-inches. Chicks have the raw deal on this one. When girls lose weight their tits shrink. When guys lose weight everything but their dick shrinks. Funny how Jared from Subway still has his bitch tits.


6. I watched UW play good football. That’s a feat in itself. After last season’s 0-12 season it was refreshing to see the Huskies come out swinging against LSU. What a great night for Seattle. With Sarkisian and Holt making these guys feel like they can compete with anyone in the country, our team could actually win some games this year. And let’s be honest, that’s what we’re going for at this point…winning games.


7. I participated in 4 drafts over 4 days. It included a 10 hour bender fueled by Bud Light, bad pizza and 100 degree weather. Fuck I hate the suburbs.


8. I took Patch to get his quarterly ‘Becky’ cut. If you’ve been following you know how this goes. Patch starts to look like an overstuffed cupcake. We always wait a bit too long before finally taking him to get trimmed. And what once was a fluffy poof of unicorn magic turns into a butch dike lesbian named Becky. Yep. We’re gonna keep Becky in doors for the next 2-4 weeks. Gonna let this one grow out a bit.


9. I’ve watched the Giants surge into a serious Wild Card contender. Our pitching is the best in the league and we just added Brad Penny (find a Penny pick it up?) I’m willing to go toe-to-toe with any lineup in baseball. The problem is our hitting. It’s piss poor. During a 14-inning marathon against the Rockies a couple weeks ago my brother gave me this analogy of our starting lineup. If you get into a bar fight with the Rockies it’s gonna get ugly. They’ve got some big, burly fuckers who can probably throw some punches. But if you get into a bar fight with the Giants lineup they’d fall faster than Okalahoma’s title hopes. Seriously. With all due respect to Panda, Sexy Nate, Rowand and Bengie…we’ve got a bunch of fucking pansies on our team.

Um, phew. Honestly, that was getting ridiculous. Glad you were having man days and make-out sessions with Jericho rather than feuds. And seriously? You hit (base)balls? I had no idea.

Jericho tongued my butthole last week and it was marvelous, guess that doesn't really count as kissing though.

sandymangina can suck it said...

welcome back. seriously. no more breaks. we the people need your words of nonsense.

God I missed you!
Having lost a few pounds in the past I must say that you are right. Jared from Subway is now well qualified to sell his footlong on TV.

Nick Holt learned football as a linebacker at UOP.

Jimmy Page stole the movie. My goal in life is to say the word fuck with as much class as he does, as well as grow wizard locks that make women want me and men want to be me. Jimmy fuckin Page. What a great movie that was. How about the session at the end? Unreal.

Eccchhhh. Good luck with Brad Penny. You never know which version of himself he brings to the stadium - the version that shoots 94 mph balls with movement out of his righteous manhood, or the kind that's been up for three days doing quaaludes and blow, forgot he had to pitch and left his dick in his other pants.

Brad Penny throws baseballs with his penis? Dude, no wonder he sucks.