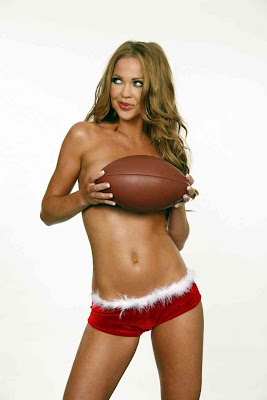 Three thoughts from last night’s NFL kickoff between Tennessee and Pittsburgh before I get into the NFC predictions:

1. First, we saw 2 of the best defenses in the NFL last night. Don’t mistake the “sluggishness” as rust. Those are solid defenses.

1. I think this year will turn into the Drew Brees and Aaron Rodgers show. If you don’t have one of these guys on your fantasy team then you’re fucked. They’re both going to put up gigantic numbers. Herculean numbers. Numbers the size of Orlando Pace’s shit pellets. That’s right, I think Orlando Pace shits pellets.


2. The over/under for the NFC Championship game of Green Bay vs. New Orleans is set at 96.


3. The Seahawks are going to crumble like nobody’s business. Matt Hasselbeck will be injured within 6 weeks and the only halfway decent player on the field will be Houshmanzadeh. But then we’ll realize that Seneca Wallace, all 5’4” of him, will be throwing the balls and all those donkey fuckers who picked the Hawks this year are going to look like fools. That is all on this subject.


4. The Brett Favre experiment will fail. Not miserably like the ‘let’s not draft Mark Sanchez’ experiment in Seattle will. But it will fail. Favre will do what he does best; make some crazy good throws, throw more interceptions than touchdowns, and make a great post game interview. We’ll be seeing him in the NBC pregame show when January rolls around. This I am very sure about.


5. The Falcons will be good, but not as good as everyone thinks. They’ll put up some decent numbers here and there but will fail to make the playoffs. I think their luck runs out this season. That’s not to say it won’t come back in a couple of years. I think Roddy White might be one of the most underrated wr’s in the game.


6. Michael Crabtree will sign a contract before week 6 and play in his first game in Week 11. He will catch a touchdown on his third play from scrimmage and dislocate his knee at the same time a la Jerry Rice circa my childhood. Niner fans, in their infinite stupidity, will forgive Crabtree and hope and pray he makes it back for the playoffs. Which the Niners will make by the way. Oh yeah, Niners win the NFC West. I said that at the very top of the post asshole. Pay attention.


7. Dre Bly is named Defensive Player of the Year.


8. After getting knocked out of the playoffs in the first round again this year, Carolina wide receiver Steve Smith will retire a la Floyd Mayweather. He’ll then take second place on ABC’s Dancing with the Stars after showing surprising dexterity in the Samba. He’ll report to July Mini Camps on time and in shape.


9. Beanie Wells will be a huge bust in Arizona. He’ll get injured far too often and hate the fact that he loses goal line reps to Tim Hightower. It won’t matter. Both Boldin and Fitzgerald will again have over 1200 yards each and will actually both get credited with half a touchdown when they both jump in the air and simultaneously rip the ball in half. Elias sports takes 6 weeks to officially award it a half touchdown each.