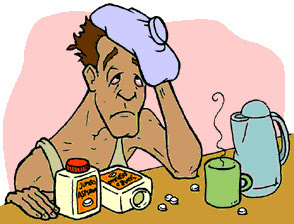 1.
I think last night’s Bears / Cowboys game told you everything you need to know about those two QBs, namely: Romo is the real deal and Grossman needs to be benched. Not only is Romo a great athlete, but he has amazing field prescience, scrambles with his head up, and has a great feel for where his receivers are at all times. He’s the real deal and is only going to get better. On the other side, Grossman looked awful again, that’s to be expected, but it’s getting worse. It’s one thing for Grossman to affect the confidence of the offense, but now he’s affecting the confidence of the entire team. The defense isn’t playing as hard b/c they know the offense has no chance of coming back. If they get down by 7 or 10 points the game is over and they know it, Rex starts forcing passes, the D is on the field for way too long and a 7 point lead becomes 21 in a matter of minutes. Griese probably isn’t the answer, but the Bears have to make the change right now. Rex has lost that team.

2.
The Patriots are so good it’s starting to get ridiculous. Tom Brady is playing out of his fucking mind right now. Incredible. Is it too late to switch my MVP guess?

3.
So Roger Goodell will suspend a player for two games for farting loudly and not saying “excuse me” but teams can wear fugly throw back unis whenever they want? That makes no sense to me at all.

4.
I told you to keep your eyes on four teams this year: Denver, Pitt, The Pack and the Cowboys. The combined record of the four: 11-1. You’re very welcome.

5.
I told you to keep away from four teams this year: The Giants, Vikings, Jags and Chiefs. The combined record of the four: 5-7. You’re sorta welcome.