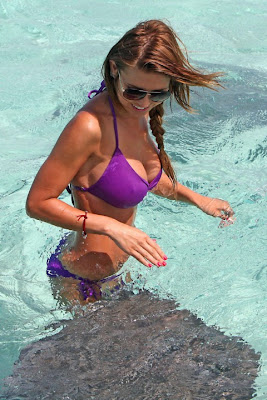 Apple
I’m not a girl. I don’t have girl parts. But I do know that any time a commercial starts with ‘my doctor told me there’s no need to have my period once a month’ and ends with warnings of possible inflammation of the uterus and vaginal lacerations, then something is out of whack. I’ll take my birth control the old fashion "pull-out and aim" way thank you very much.


Moustache
Who do you take with the 7th pick in your fantasy draft? Let’s say it goes CJ, AP, Rice, MJD, Turner, and Andre Johnson…who do you take then? As much as I love the Niners I don’t want Gore. No thank you on Steven Jackson. A quarterback? Maybe. The other option is you nut up and grab one of the big name WRs not named Moss. Like Roddy White or DeSean Jackson or Miles Austin. My strategy this year is to not worry about where I’m picking but worry about just taking who I want.


Apple
Can someone please explain to me once and for all what the fuck Twitter is all about? I don’t get it. I really don’t. I have a Twitter account and yes it’s great to stay up on sports news as well as what J-WOWW’s mighty cannons are up to. But that’s about it. I’ve had precisely 9 tweets. All of them go out into the great unknown world of the interwebnet and then what? I don’t get any feedback. No former classmate who used to give handys to the entire basketball team gives it the thumbs up. So what then? Someone please explain. Preferably someone named MarinGuy.


Moustache
I’m trying to hook two people up that I know. The dude is one of my best friends on the planet who I’ve known since we were 5. The other is a chick I work with. Here’s the funny thing about hooking two people up. At first, you know everything about how things are going. You know who texted who. You know what they talked about on their dates. You know if he went under the shirt over the bra or if he went straight for the slap and a tickle. And then….BOOM. Just like that you know nothing. They all of a sudden have their own wave length, their own moments and their own inside jokes. This must be what a momma bear feels like when she lets her cub go into the wild. Fuck that was gay. Forget that last part please.

i was all ready to help explain the value of twitter, but then you had to go and bash sandwich articles. i don't really give a shit about the articles themselves, but i'm deeply committed to sandwiches, and by virtue of said sandwich commitment, i'm all for as many pro-sandwich communiques being in the world as possible, article form or otherwise.

also, dude, nobody's putting a gun to your head and making you read these articles. so put down the good housekeeping and let the sandwich people be.

now onto twitter. if you follow interesting people, you will find interesting shit. or just laugh at them. or be inspired. you can search for anything and see what the world thinks about it at any given moment. you can get news updates as they happen in real-time. you can get a response from a brand or a person you like or dislike in seconds. you can vent about the dumbshits at noah's bagels and how long it takes them to get your order done, which is inevitably the wrong order. you can share your every thought, contrived or otherwise, with the world in real-time. instantly.

my suggestion: use it for a month. every day. read it. follow interesting people, or people you hope are interesting. engage them. then, see if you get the value.

and sometimes, it's just fun.

now, that said, don't be too nerdy. go easy. nobody likes an over-sharer.