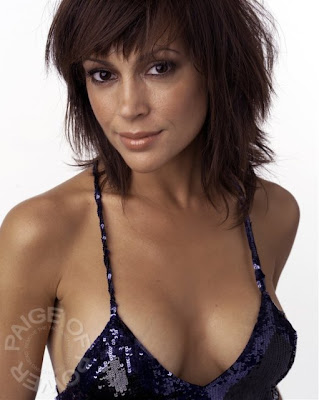 (Whenever I haven’t posted in a while I always start by hurling insults at anyone questioning my integrity and/or commitment to Apples and Moustaches. This time is no different.)

Not like it was a personal decision..."Oh, I need to just concentrate on work instead of being awesome on my blog." No. I’m not a loser. My company has just decided to block Blogger, posting comments on Blogger, posting posts on Blogger, and so on and so forth. Whatever. It doesn’t mean I can’t write a post and make Jericho (who wants you to know that Magglio is an enormous pussy, by the way) post it for me. I wonder what picture he chose for this one. Hmm...

I’m here to talk Giants Baseball. What you thought I wanted to talk about Heidi Montag and Audrina Patridge’s tits battling on the latest cover of US Weekly? Or the fact that this is hands down, without question the single greatest season of Real World/Road Rules ever…and Evan isn’t even on the show?! No. Those are other posts for other times.

This post is about Giants baseball. Notably, the Giants pitching staff which is without question the greatest staff in the entire majors right now. You think I’m wrong? Keep reading.

In the past 12 hours I’ve said, typed, texted or thought ‘Zito is 5-0’ roughly 18,000 times. Amazing. Also, my brother (who can compete with us for biggest Giants fan on the planet) just sent me this:

The buzz around the Giants for a couple years has been that pitchers Tim Lincecum and Matt Cain are incomparable. But all of a sudden, there's another starting duo putting up numbers that challenge them, and the bonus for the Giants is that these other two starters are fellow Giants. While Lincecum and Cain are a combined 5-1 with a 2.19 ERA and 0.91 WHIP, Barry Zito and Jonathan Sanchez are comparable at 7-2 with a 1.89 ERA and 1.04 WHIP.

My delusional office mate Judy then sent me this tidbit:
Opponents are batting .160 against Zito this season. That ranked as the best mark in the National League, and the leaderboard is stuffed with Giants. Jonathan Sanchez (.170) was second and the Cardinals’ Jaime Garcia (.176) was next, followed by Tim Lincecum (.178). That Ubaldo Jimenez guy was at .182.

Vegas has it at 15-1 Giants win the World Series.

The Mariners had 6 errors last night.